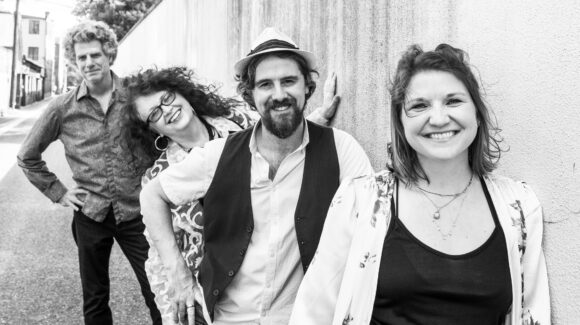 Full band livestream appearing on the Blue House Live Facebook Page and Blue House Production’s YouTube Page.
We ask that anyone who has the means to support these broadcasts consider contributing a cover charge or ticket price, just as you would go to see these outstanding performers in a club or concert hall. Our suggested amount is $20 per person but of course, any amount will help. For those who are able to donate more, you’re more than welcome. While these streams can never replace the lost income these performers face, every little bit helps to support live music.
Contribution options:
https://tinyurl.com/bhldonate
Characterized by high energy and strong vocal harmonies, The 19th Street Band creates a flavor of Americana, country and rock ‘n’ roll. They ignite an audience with their passion for music, their magnetic presence and enthusiasm. Bridging the musical roots from Ireland to the Appalachian, their eclectic gypsy-rock spirit literally leaps from the stage and engages the crowd in the music. They are addictive.
The 19th Street Band’s newest album, Diamond in the Rough, is currently receiving air play on a hundred different radio stations throughout the UK, including BBC Radio. It was recently chosen as ‘Album of the Month’ on West Norfolk Radio and has been featured on radio programs in Ireland, Canada, Europe and the US. The band does an annual tour of Ireland where they have performed live on BBC Radio Ulster. Diamond in the Rough has received raving reviews from all the leading music magazines throughout the UK and Ireland, which are available to browse from the band’s webpage (www.19thstreetband.com/reviews) in addition to magazines in Canada and Western Europe. Stateside, the album and the band have been chosen as a Finalists for the Washington DC Area Music Awards (aka The Wammies) and are currently awaiting results at the end of March 2021. One track from the album, “Nothing To Do (All Day To Do It)”, was featured in the Jan/Feb 2021 issue of Relix Magazine’s Artist Sampler Playlist.
Diamond in the Rough was self-released in 2020 and includes three songs that were co-written by the late, great Philip Donnelly and John Prine. Donnelly invited the band to record these songs with him at a studio in Tipperary, Ireland where he produced the tracks and performed as a guest musician on the album.
The 19th Street Band would normally be found performing over 200 shows each year. At the beginning of the pandemic, Caolaidhe & Meghan created ‘The Health & Happiness Show’ to stay in touch with fans online. They have virtually been spreading the music and positive vibes with their weekly livestream concerts from their kitchen. Tune in every Thursday evening at 5:30pm EST |10:30pm (Ireland/UK) on their Facebook page:
www.facebook.com/19thstreetband.officialpage